I spent much of the past few days in the woods in West Branch Michigan with the Mud Chuggers 4×4 club at their Annual Sno Blind event. I have been attending and photographing the event for several years. The main attraction to off-roading for me is the opportunity to get out the woods and experience the more remote areas. This weekend provided plenty of opportunity to do just that. I am very pleased with how the final image came out. It conveys much of what draws me into the woods repeatedly.

I am also pleased with the two images above, for similar reasons. They take me back to the moment I created them.

I was riding along with a few other people in a Jeep Grand Cherokee and didn’t have the time or room to haul a tripod, nor did the group have the patience for me to be seeing up and breaking down a tripod repeatedly, so I was shooting hand-held. After being out in the woods for a while I started to experiment with some longer exposure times. I wanted to capture a different look and feel to the images. 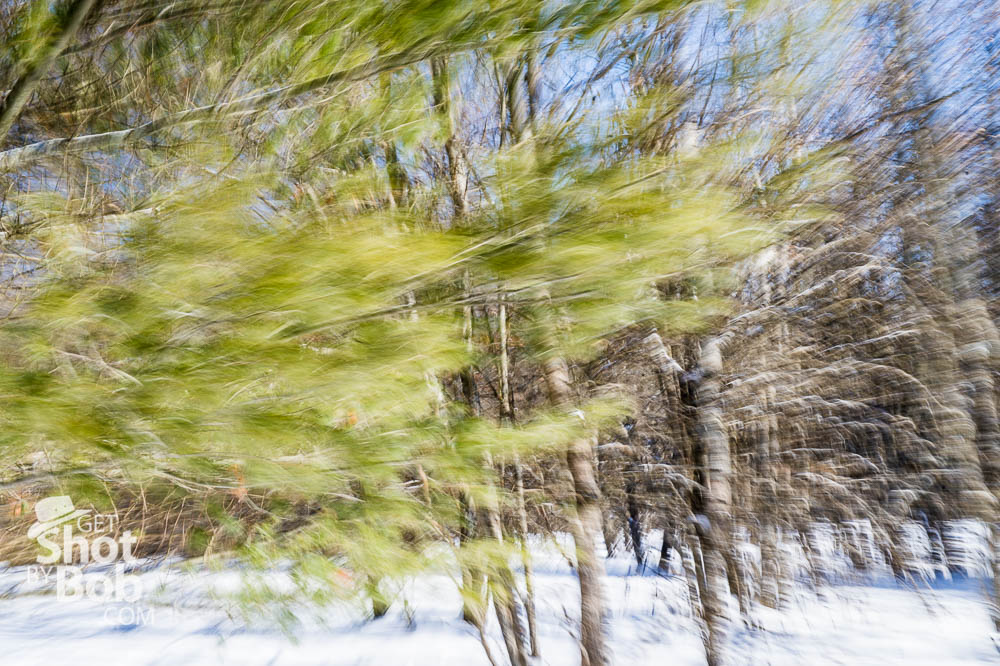 Rotational capture at 1/10th of a second.

Did I mention it was around -15 degrees much of the day, so shooting from inside the Jeep was preferred much of the time. These next series of images were the result of playing with different shutter speeds and techniques. 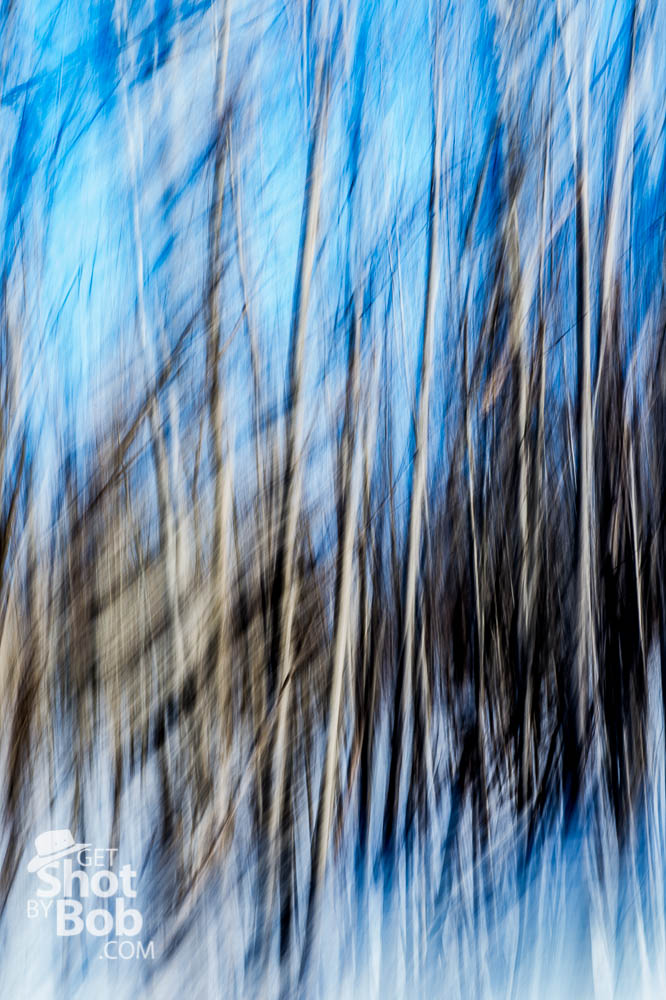 Upward sweeping motion at 1/4 of a second.

I did some while turning the camera almost like you would a steering wheel. 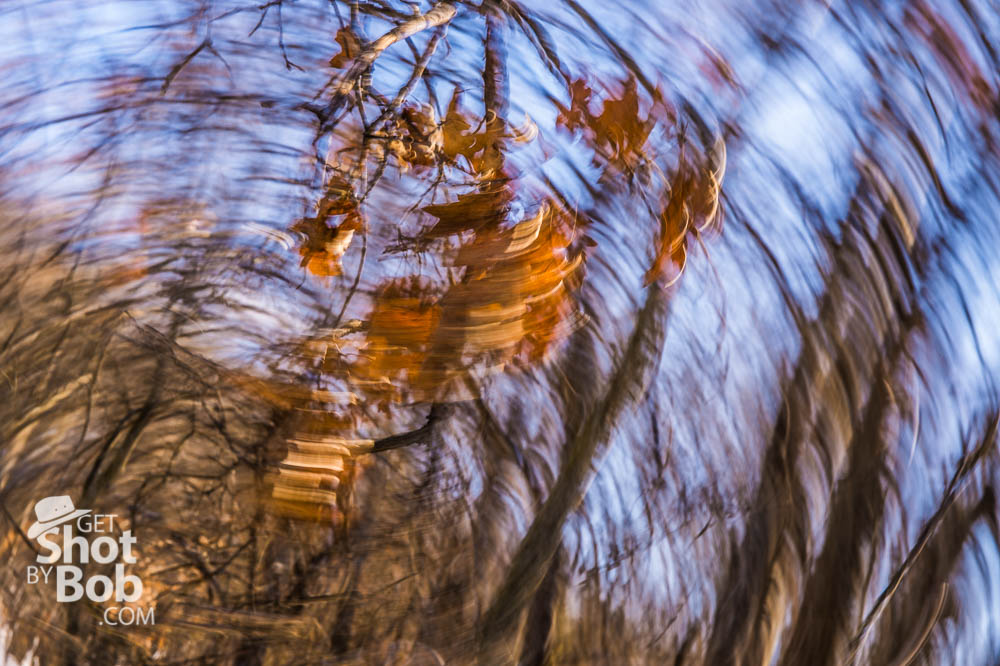 Rotational capture at 1/10th of a second.

My point being in all of this is that playing and experimenting can take you places that you may never have gone otherwise. I previously had tried similar techniques during night photography, but not during the day out in the woods. Make no mistake, I tossed out more images than I kept. The “hit” rate isn’t always great, but I am really excited about several of the images that resulted from this experiment.

← What can I do with Neutral Density Filters – 271 Seconds – Streaking Clouds
Want to shoot at the Prison where Shawshank Redemption was filmed? →